Visionary community looks to a brighter future through endowment 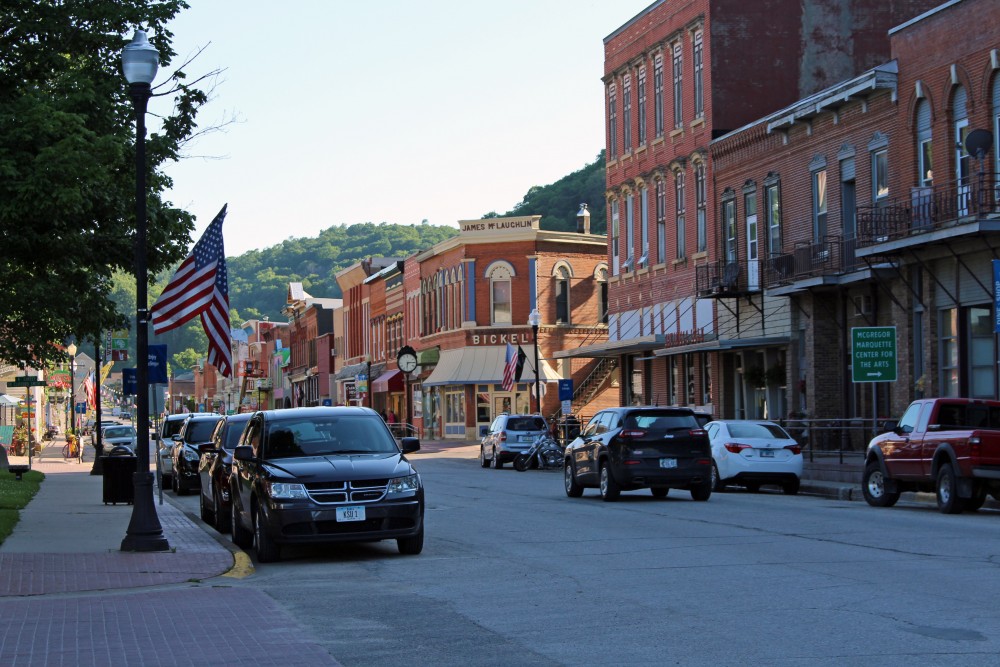 A 2017 tornado left the city of McGregor heartbroken, mourning the loss of one of its residents and faced with mitigating the destruction of its homes, businesses and wooded hillsides. Thanks to generous community partners and a fund established by the Clayton County Foundation for the Future, the damage has been repaired and community members have united to make McGregor stronger than ever before.

“After money was gifted to the Restore McGregor 2017 Tornado Fund and over $36,000 was awarded to individuals, families and businesses to help recover their losses, advisors of the tornado fund voted to create the Alexander McGregor Endowment to build a vibrant future for McGregor,” said Emily Sadewasser, coordinator for the Clayton County Foundation for the Future.

The new fund launched early this summer with a gathering where four founding members announced gifts of $1,000 or more to build the endowment. An anonymous donor also gave $5,000, an exciting start to a new chapter in McGregor history.

Dollars invested in endowed funds become a permanent source of funding, providing annual distributions for generations to come. Residents of McGregor will benefit from Alexander McGregor Endowment distributions as the committee grants those annual payouts to charitable public programs for the betterment of McGregor.

Mayor Lyle Troester attended the formational meeting of the Alexander McGregor Endowment Fund committee. “I’m very pleased with this new fund for a number of reasons,” he said. “When a group of people come together to better their town, it always helps.”

“This is an exciting time for our community, and the path that led us here today was not without struggles, heartache and challenges,” said committee member Cathy Denning. “The Alexander McGregor Endowment is a commitment to long-term planning, collective vision and sustainability. It calls us to reimagine the future and reconsider the possibilities for McGregor.”

Donations to the fund are accepted on an ongoing basis at dbqfoundation.org/mcgregor. Thanks to an affiliation with the Community Foundation of Greater Dubuque, gifts of $50 or more to endowed funds at the Clayton County Foundation for the Future may qualify for the generous Endow Iowa 25% State Tax Credit. Various gift types qualify for the tax credit, including charitable IRA rollovers, gifts of grain, gifts of stock and cash gifts.

To make a lasting impact in your community, contact Emily Sadewasser by email or call 563.880.6044.